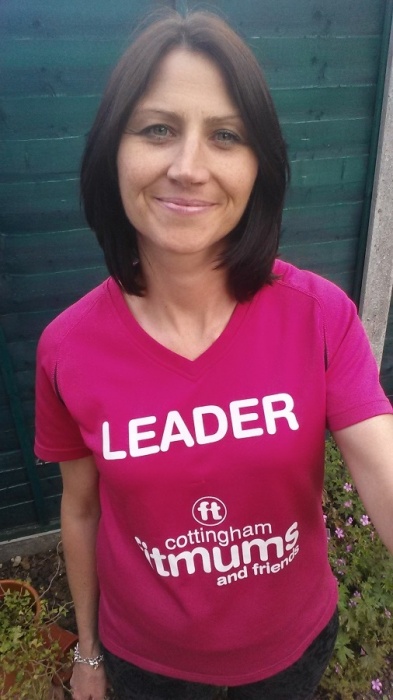 I originally joined to de-stress whilst I was doing my degree, that was 5 years ago and I'm still here! I became a run leader shortly after I joined as I really bought into the Fitmums way of supporting new runners and wanted to help others to realise their potential. I have made many new friends while running with Fitmums and we have often discussed having a club at this side of the city. So when Sam said she was hoping to start one in the west of the city, I jumped at the chance to co-ordinate it! Having seen how the East Hull and Hedon clubs have grown, I'm hoping Boothferry Fitmums becomes as popular and provides an introduction to running for many more ladies - and men!

I didn’t have a goal originally, I just wanted to see if I could run a couple of miles - well I did that on the first night, thanks to Sam's encouragement, and I've been running ever since!

Numerous 10ks, Mansfield Cross Country Relays, the THOR bike challenge, a half marathon - oh and I was a butterfly in the Freedom Festival and have been a member of the choir - twice!!

Due to injury I haven't been able to run as much as I would have liked but I'm hoping to be back up to 10k distance before Christmas. And, of course, helping to set up Boothferry Fitmums and ensure its as successful as the other Fitmum clubs.

We cater for all abilities, are a friendly bunch and will look after you, whatever your ability - come and give us a try, you never know, you might just like it!! 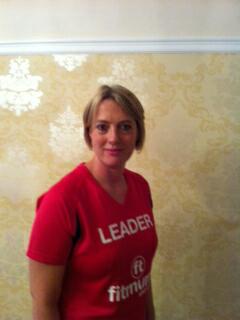 I joined in 2011 following various medical problems. My main aim was to get fit and healthy, lose some weight and meet new people. At that time I was unable to run even a mile without feeling exhausted. I also wanted to find a new interest in a non competitive and friendly environment. I liked that whatever you ability you could join and have a go.

Quite simply I wanted to feel better about myself and be able to run three miles, which to me at the time seemed an impossible task. Also to get fit and lose weight.

I achieved my aim of running three miles and have since entered a number of 5k and 10k races. This then encouraged me to enter and enjoy ( yes enjoy ) running my first half marathon and a couple of Sprint Triathlons. Through Fitmums I have also made new friends

To continue to enjoy running and become a good Fitmums run leader. I would also like to improve on my Half Marathon time, and maybe enter a obstacle race.

What would you tell someone who was thinking about joining Fitmums?

That whatever your ability or goal you have set yourself, if any, you will find people who will really encourage and support you. You will be absolutely fine, as it is not competitive or judgemental of your abilities. Just do it ! 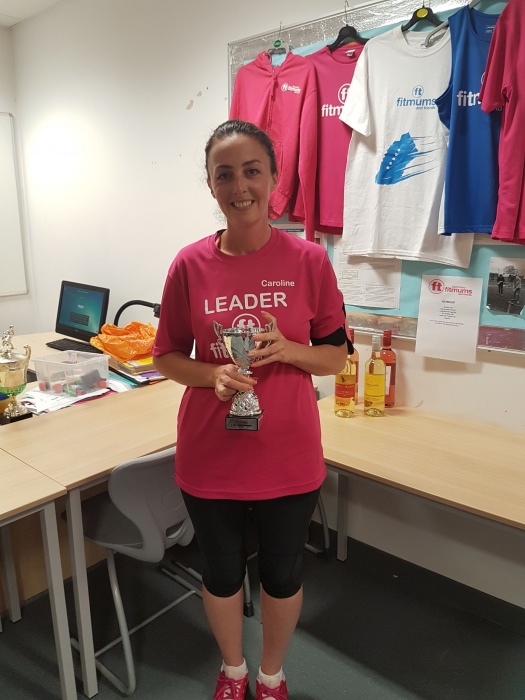 What made you join Fitmums?

I was already running, but only once a week at parkrun. I wanted to improve but didn’t have any self motivation, so when I found out Fitmums was coming to Boothferry I thought I’d go along and give it a try – and I’ve never looked back. I love it.

To become fitter, faster and improve on my distance.

My sister convinced me to enter the London marathon. I have just found out that I have a place, so plenty of training as this will be my first (and last) marathon. I’m also hoping to get my 10k to under the one hour mark.

What would you tell someone who was thinking of joining Fitmums?

Do it!!!! It’s such a supportive and friendly group, that’s open to all abilities. 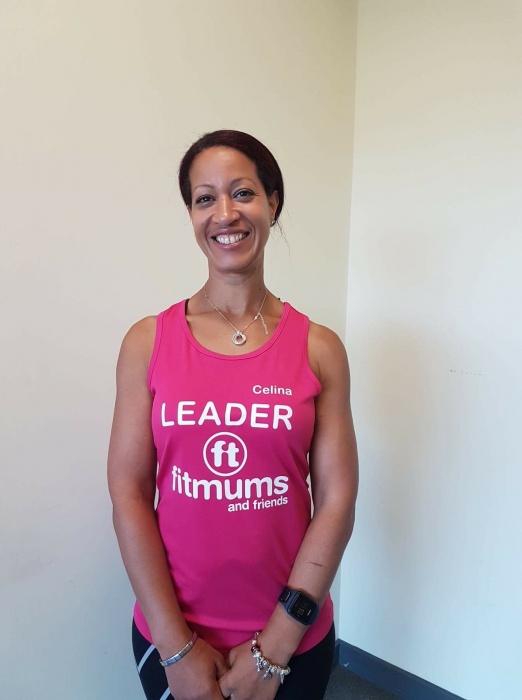 I had wanted to join a running club for a while, but I was scared of going somewhere where in my head I imagined they’d leave you behind because they’re faster and end up making me feel demotivated, demoralised and that I wasn’t good enough. Then I wouldn’t have wanted to go again.

Over the years I’ve had a lot of commitments with my children and many times it was difficult to get out to a set place at a set time, which was why I started running for my fitness. I could still fit it in around my boys.

When they were younger, I’d take them with me on their bikes. Then they got older and they would run with me (or I should say in front of me as they were much faster) lol! Or they would be at activities and I could go for a run while they did their sport. Now, I think it’s ‘not cool’ to run with mum, but I’m sure that faze will pass and they’ll join me again in the future – well one can dream…

Due to injury, I’d not been running for a while and I wanted to get back into it and improve my fitness. I’d done some little runs (3 miles and under – mainly under) on my own but was finding it hard and felt I needed help with motivation. I had an idea in my head I wanted to run a 10K the following year.

Anyway, I had heard of Fitmums and wanted to come along, but for years I couldn’t find a session I could easily get to or that fitted around my lifestyle (there were less clubs around then). Then one day (Feb/March 2016) I came across a post on Facebook, completely by accident, and there was a Fitmums recently opened on my doorstep on a day I could make, or so I thought!

Que change of day to football training. So I jiggled and juggled and turned up when I could, not very regularly at first. Luckily there is a group of Fitmums that meet on a Tuesday (not an official Fitmums run) and it meant I could still join them for a run even if I couldn’t make the Thursdays. I was very nervous joining them at first but they made me very welcome. That made such a difference in keeping me coming along as I was able to still get to know members and not feel like a stranger after not making it for weeks on a Thursday and keep up some regular running.

Instantly I loved the ethos of Fitmums and how friendly and encouraging everyone I met was. Fitmums gave me that extra motivation and encouragement and before I knew it Paul Harby had me entering a 10K that same year (with help from one of my running friends who also gave me the entry form and entry fee for my birthday as that extra push)!! It worked, haha! From there my running has gone from strength to strength.

What are you planning for next?

When I started running, 3 miles was hard work. This year (2018) I am entered into my first half marathon and also have a second one booked. When people first said to me I could run a ‘half’ it scared me to death and I really couldn’t imagine it. Now I am looking forward to it and never thought that would be something I ever said. Or the blasé – ‘just a 10K’ that I have now heard fall from my lips and done a double take – did I really just say that??!! Yes I really did!! When I started out 10K was that goal I couldn’t imagine ever reaching. Now I have completed a number of 10K races, Hornsea Third Marathon, Gilberdyke 10 Miles and other races in between.

I wanted to share with others, all that had been given to me. It had been mentioned about becoming a Run Leader for Fitmums. But again due to commitments it wasn’t at first possible. Then an opportunity arose and I took it and booked on to the training. Then panicked and wondered what on earth I’d got myself into!!

I loved the training, but was scared again when it came to taking my first group run out, wondering whether I was good enough to lead others! Only you can answer that one, but I hope I am as I am enjoying taking my groups out each week and watching everyone progress and achieve new milestones 

Just shows what some Fitmums and Friends can do!

Parkrun has also played a big part in my running journey. Again I struggled to get there due to my boys sporting commitments, but over the years when we could we’d go as a family but it wasn’t often. Then, towards the end of last year, commitments changed and suddenly Saturday mornings were ‘free’. Que Parkrun and meeting my Fitmums family there each week.

What would you tell someone who was thinking about joining Fitmums?

For me being part of Fitmums has made it so much easier to attempt things I’d never even dreamed of doing. I find that on that cold blustery night, knowing others will be there helps me make it back out of the door instead of staying in my warm cosy house. Those that know how cold I get know how hard that must be for me, ha! There is sooo much more I could say but don’t want to+ send everyone to sleep, so moving on…

For me joining Fitmums and Friends is one of the best things I’ve ever done!